Offering Horfield and the wider Bristol community unattended and attended funeral services, along with our special venue-based Bristol Funeral.

About our Horfield funeral home

At R. Davies & Son Funeral Directors, here in Horfield, Bristol, we feel honoured that families just like yours have allowed us to help them during the most difficult of times. If you have lost a loved one, we are here for you too. For support and funeral arrangement, please speak to one of the caring team at our Horfield funeral home.

We offer a complete range of funeral services, ensuring you can say goodbye to your loved one in the manner you choose. Whether it's the simplicity of a dignified unattended cremation, or a send off tailored to provide a most unique and personal goodbye, your wishes will be met. You can read more about our funeral packages below.

You can find our funeral directors in Horfield on the Gloucester Road, next door to the Royal Oak pub. The location makes us easily accessible to all areas of north Bristol, including Bishopston, Cheswick Village and Southmead. 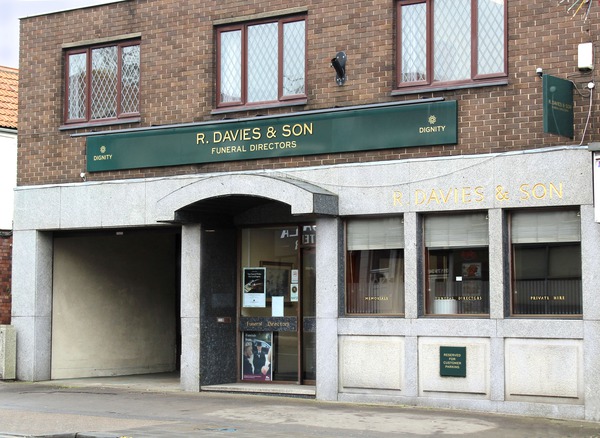 We are on the Gloucester Road in Horfield, by the junction with Ashley Down Road, next to the Royal Oak public house.

If you would like advice on parking, please give us a call.